Showing posts from June, 2017
Show all

No Darkness is Too Dark

By EM KENNEDY - June 30, 2017
No darkness is too dark That He cannot shine through The light of His presence Can shine within you
No pain is too strong That He cannot relieve He is the Great Physician We must simply believe
No day is too stressful That He cannot calm He hides us in His hand Safe within His palm
No way is too hard No night is too long That He cannot comfort Bringing strength and a song
Whatever the problem Whatever the task His grace is enough If only we ask
Lack of prayer And sin in our hearts Is why we don’t see Him Working on our part
We must make time To spend with Him To develop the bond To keep our hearts free of sin
To pray and to read To spend time on our knees For it is in His word That we find blessings like these
If not for the closeness How could we believe? How would we see Him work? How would we receive?
It’s when we put Him first That He promises to bless We can find in Him Strength for the test
He is more powerful Than any problem we face He is ever merciful
And so full of grace
Read more

Have Faith in God

By EM KENNEDY - June 28, 2017
Have Faith in God Your mountains to move Trust without doubt His power He’ll prove
There is no problem Too big or to small His power is triumphant Over them all
To the soul that is trusting In tune with his Maker This promise is made But our faith must not waver
Whatever the problem Whatever the task God’s grace is sufficient His presence will last
He’ll stay right there with you To strengthen and help He’ll give your heart joy Like you never have felt
But first we must forgive So our prayers can be heard For as He commands us In His Holy word Then will He hear When our hearts have come clean He’ll answer that prayer He’ll gladly intervene
But it all starts with faith in God Yes, it is true And prayer from the heart Trusting God to do what only He can do

“And Peter calling to remembrance saith unto him, Master, behold, the fig tree which thou cursedst is withered away. And Jesus answering saith unto them, Have faith in God For verily I say unto you, That whosoever shall say unto this…
Read more

He Took My Place 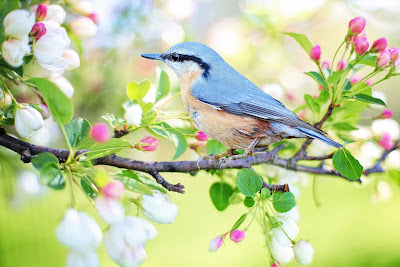 “For he hath made him to be sin for us, who knew no sin; that we might  be made the righteousness of God in him.” 2 Corinthians 5:21
So dirty and vile My heart was unclean My mind was corrupt From things I had seen
My life was not holy My way was as darkness Searching for something To satisfy that emptiness
My life full of sin My heart waywardly prone Till that day when He opened my eyes And His love for me shone
I had heard it before I knew it was true But I finally realized I was a sinner, too
It hadn’t occurred To my simple mind That sin was the reason I was looking for something I couldn’t find
It was as if He was saying…
“I became dirty and vile in your place I shed My blood And extended My grace"
"My heart was clean And sinless, it’s true But I took the punishment Intended for you"
"Your mind was so dark Your eyes were so blind Your soul is so dirty Your way you can’t find"
"But yet for your soul I suffered and died I did it so that you Can com…
Read more

The Battle for our Minds 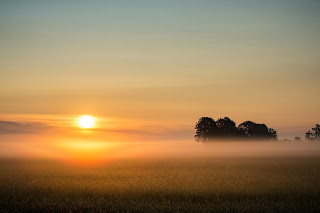 
The book of Romans contains many nuggets of truth to help us overcome in the daily battle for our minds. We find an interesting summary of this battle explained by the apostle Paul in Romans 7:14-25. Paul speaks of the battle, describing it as a constant wrestling over right and wrong. He mentions that He wants to do right and strives to do so, but finds himself doing wrong. Sound familiar?
“For I delight in the law of God after the inward man: But I see another law in my members, warring against the law of my mind, and bringing me into captivity to the law of sin which is in my members.” Romans 7:22-23.
The battle for our minds is a real one, Friends! So many are living defeated Christian lives because they lost the battle for their mind and allowed the wrong music, the wrong pictures, or the wrong doctrines to get a foothold and now are overtaken by them. This battle is real, it is raging, and we must be on guard if we expect to overcome. There is but one …
Read more 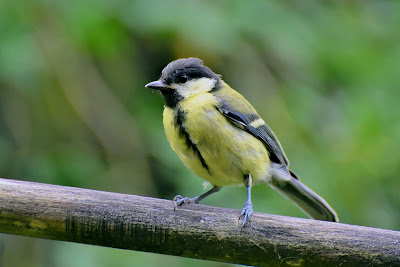 “Humble yourselves in the sight of the Lord, and he shall lift you up.”  James 4:10 What is it that you fear, Oh Soul? Why is it that you tremble? Have you not read how He promises to ever be near? Have you not seen amongst the pages of His word the many promises of His providential care? Has He not once and again come to your aid when the battles of life were heated and long?
Think back to the many times He has met the need of your heart through His omnipotent hand. Remember the grace He bestowed to help you endure that great trial of your faith that had you weary and worn, staggering under the load of care. Call to remembrance those times in your life when your heart ached with grief and despair, and He, through the joy and comfort of the scriptures, brought hope to your weary heart.
Spend the solitude of this moment to reflect on the times He has spoken peace to your weary soul while the waves of trouble rolled around you. Is not this the same God that made the Heaven and earth and…
Read more
More posts

Thou wilt shew me the path of life: in thy presence is fulness of joy; at thy right hand there are pleasures for evermore.

WRITING FOR THE GLORY OF GOD 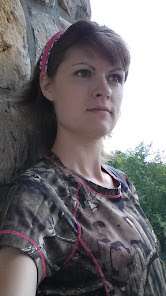 May God use His word to strengthen and encourage you! Make God the center of your day. ~EM KENNEDY~

For those of you who do not know me personally, I am a unique person, (as we all are fearfully and wonderfully made!) dedicated wife and mom, and sincere Sunday School teacher(formerly). I love to write, most of which never gets published :) I am the unknown author in the family trying to scratch out a few words of encouragement for someone else. I could use a little more exposure so please give me a follow, or a tweet or a like :)Love to study the Scriptures, as well as research medical info related to the symptoms of someone I care about. I try to drench each day and every project in prayer, and have put my heart into what I do. I am far from perfect, (as we all are sinners) and tend to make mistakes easily. Very childlike in my faith, but reap the rewards of having a tender heart. I am very melancholy at times and sanguine at other times. Some days I can write with ease and other days I can't think of one word to write: so this blog doesn't get updated daily!
~EM KENNEDY~
Like the sky opens after a rainy day we must open to ourselves.... Learn to love yourself for who you are and open so the world can see you shine. ~James Poland

The Companion to the Blog! 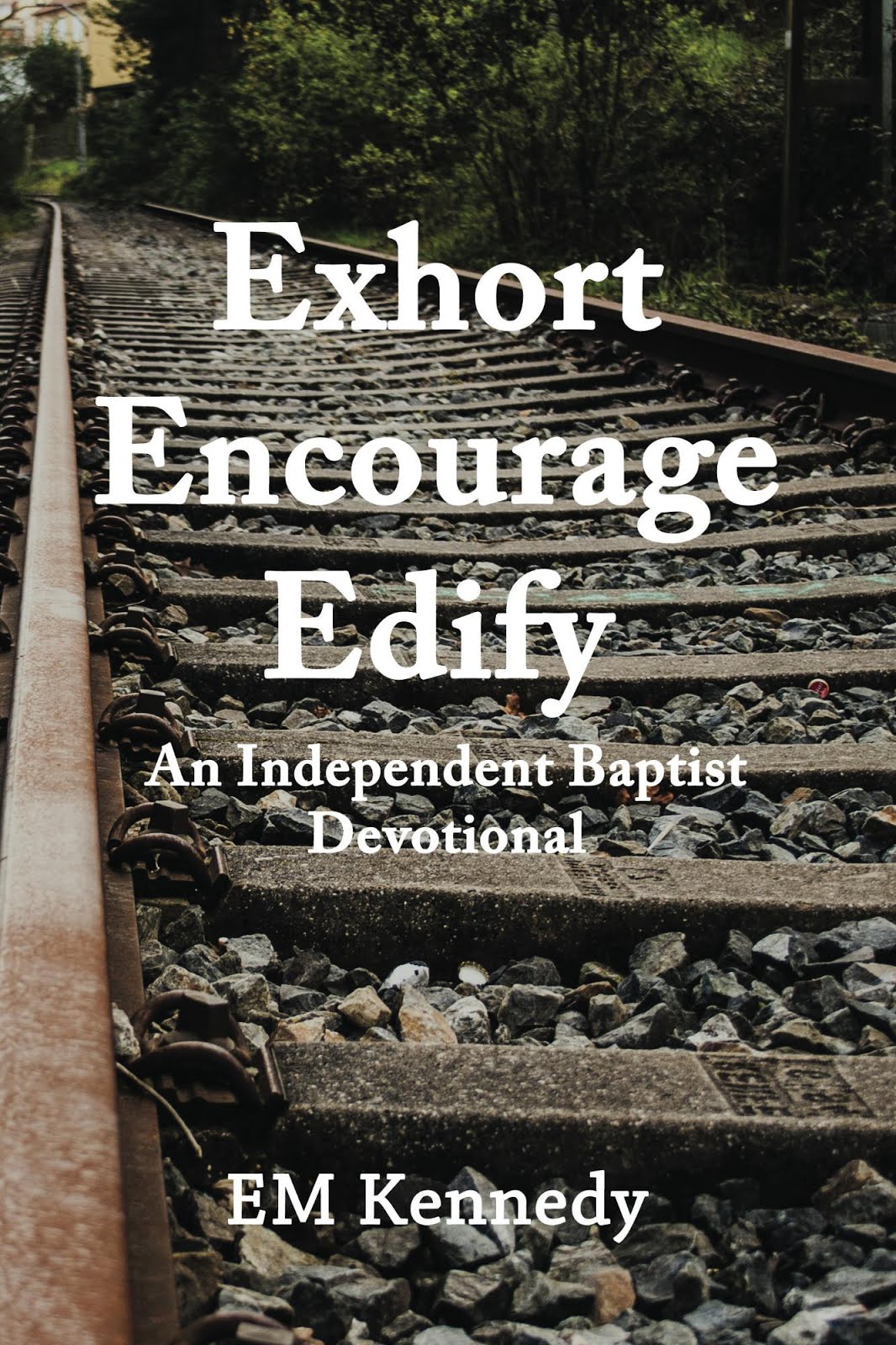 If something you read here today has you searching for more answers on how you can have a relationship with Jesus Christ, please feel free to contact me! You can message me through the contact form on this blog or through my Facebook page "Exhort, Encourage, Edify." I look forward to hearing from you!
God bless,
EM KENNEDY

"For as the rain cometh down, and the snow from heaven, and returneth not thither, but watereth the earth, and maketh it bring forth and bud, that it may give seed to the sower, and bread to the eater:

So shall My word be that goeth forth out of My mouth: it shall not return unto Me void, but it shall accomplish that which I please, and it shall prosper in the thing whereto I sent it."

John 3:16
"For God so loved the world, that he gave his only begotten Son, that whosoever believeth in him should not perish, but have everlasting life."
KJV the only Bible God uses.

Promote Your Page Too